Five weeks ago I actually thought winter was over

Boy was I mistaken!  The temperature as I post this is 64, with an expected high of 68 today, and it's supposed to remain in the 60s for the better part of the next ten days.  THREE DAYS AGO it snowed and sleeted, and I'm still cold.  Best I can figure is that the extended winter has taken an extreme toll on me, leaving me permanently frostbitten.  I really do think that.  I just cannot seem to warm up these past couple days.  I am hoping I thaw out by next month, or......I am not gonna open the pool.  At this point, I would just as soon put the house up for sale and move to Florida or Texas and thaw out down there.  ; )

Our last "snow" day created an opportunity to take some cute photos of Nicole baking a pack of cookies she found in the back of the fridge - that I had completely forgotten about.  They were Christmas cookies and "technically" expired in early January, but hey, we were cold and hungry.  The stove warmed up the kitchen for us and the cookies were delicious!  Although, I will say that I don't believe fresh cookies would have cooked up quite the same, but again, they were pleasantly edible. 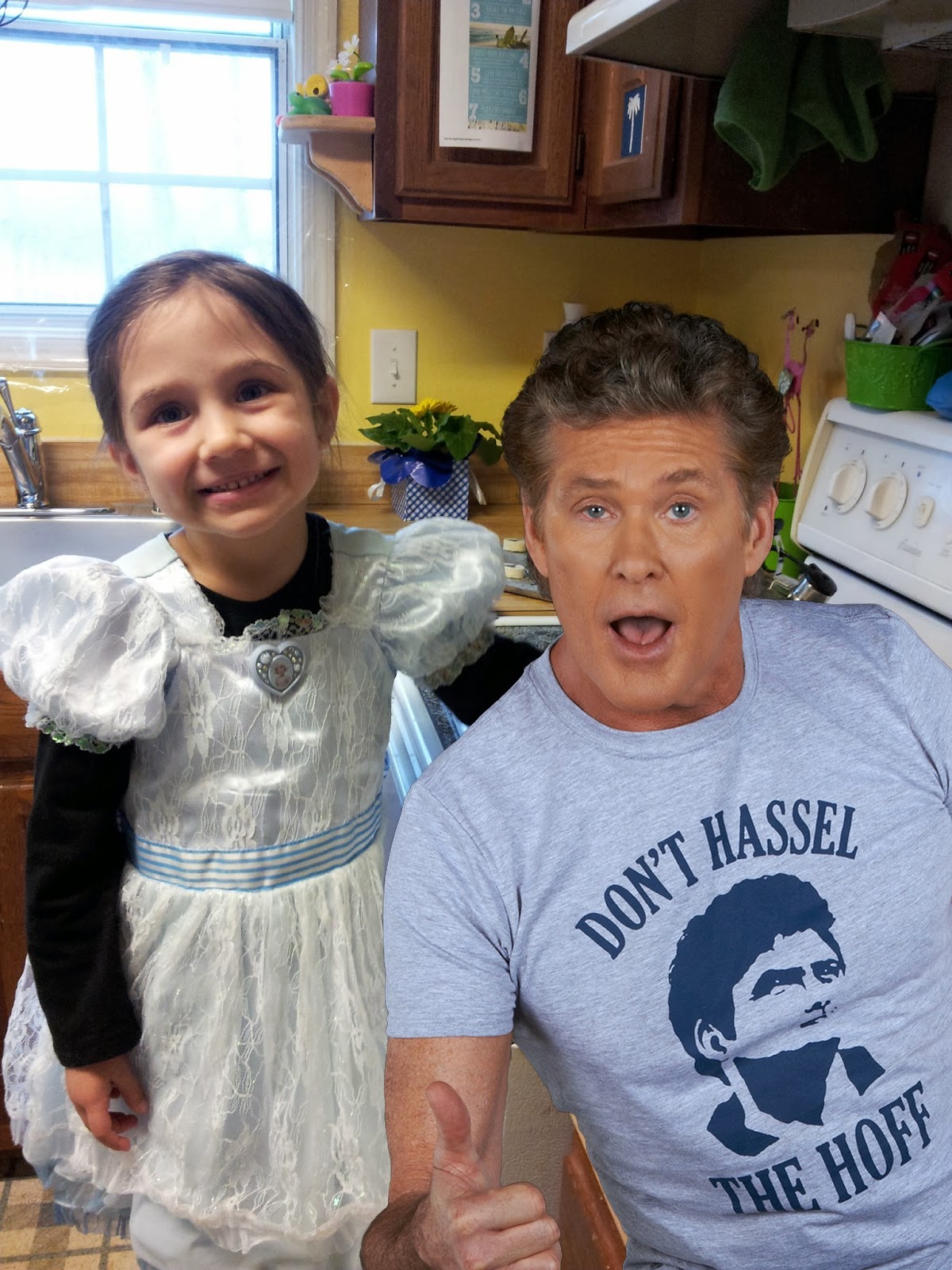 This photo is thanks to Google+ Auto Awesome and their April Fool's prank - Hilarious!  Never in a million years would I imagine The Hoffmeister photobombing Nicole's Christmas-baking-in-pretty-much-April pictures. 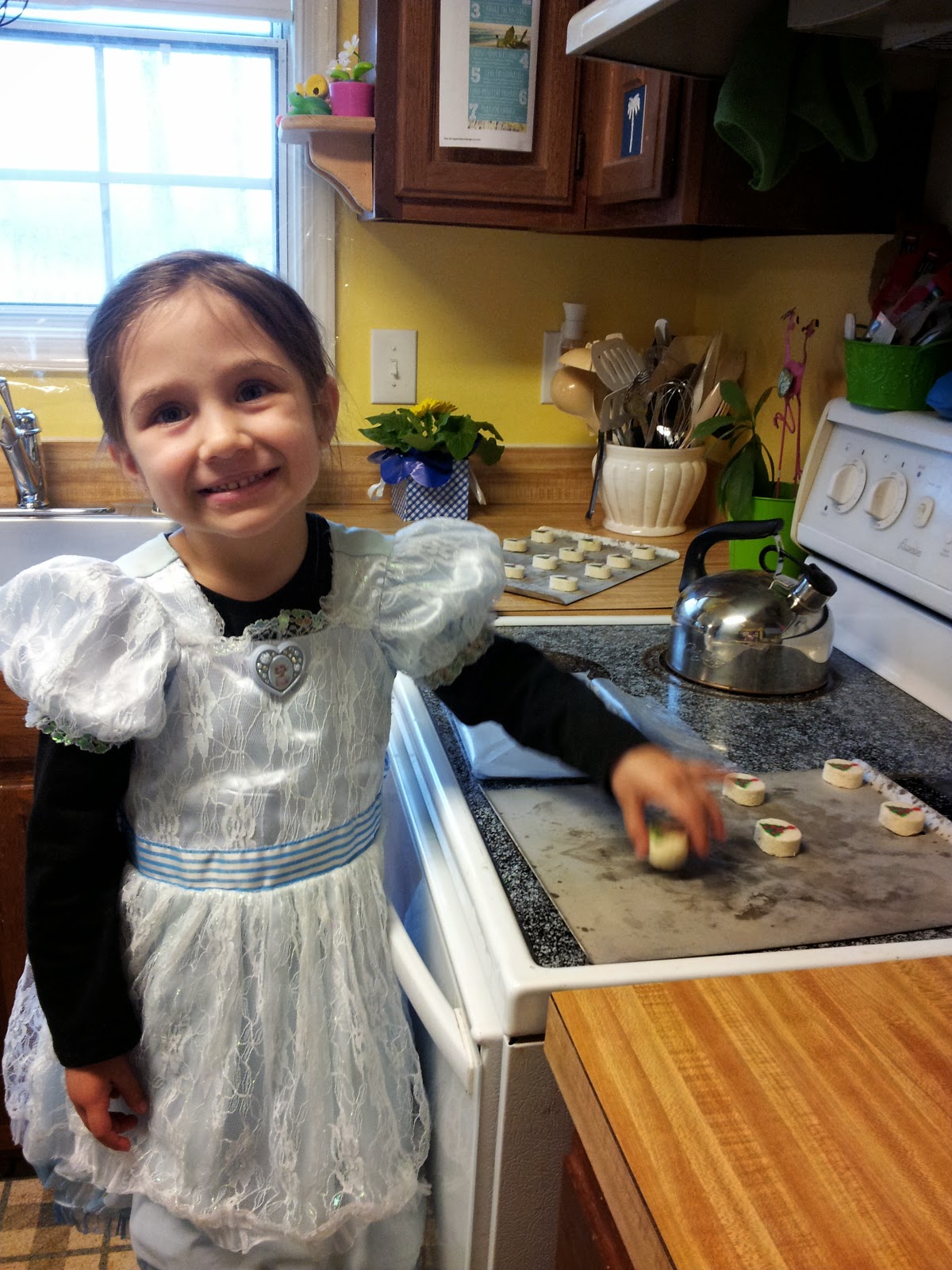 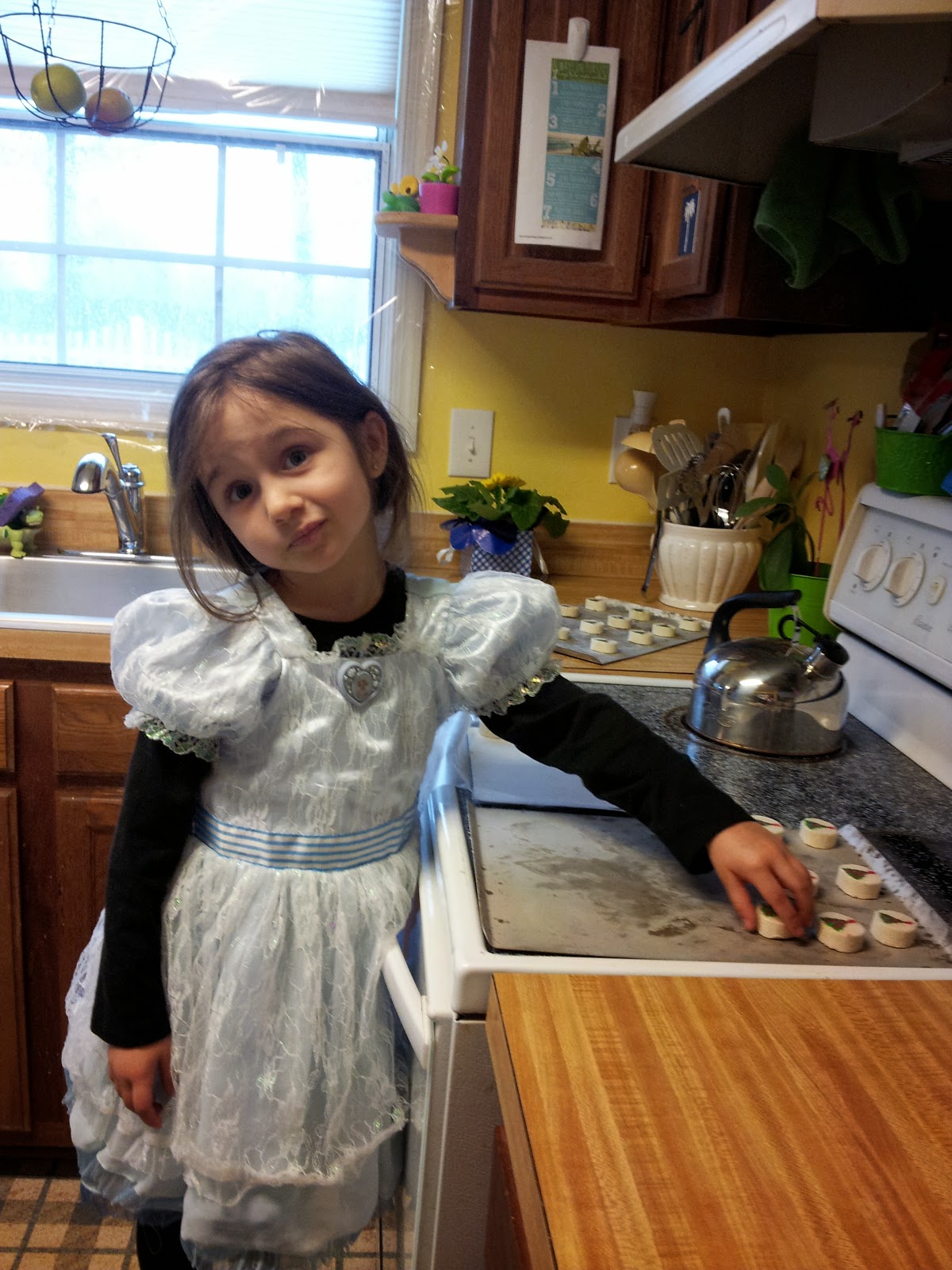 The day before we had ventured out to DJ Feathers to investigate a bird for Joseph.  No deposits were placed, more thought is needed in order to make the best decision.  It was still fun to see all the birds and handle a couple of them.  One bird was especially perceptive and kept whistling "pheet-phew" at me.  If only he had been for sale!  I'll touch on self body image in a little bit, but first I want to congratulate Jaime on getting her artwork/photographs in the Prince William County Schools Art Show, with one of her photos actually staying with the Superintendent for the next year!  I know!  FABULOUS!  And I just gotta multiply that by two because.....the special photo is of Nicole and Joseph!  So proud!  For her and of her!  Thankful to God for her abilities! 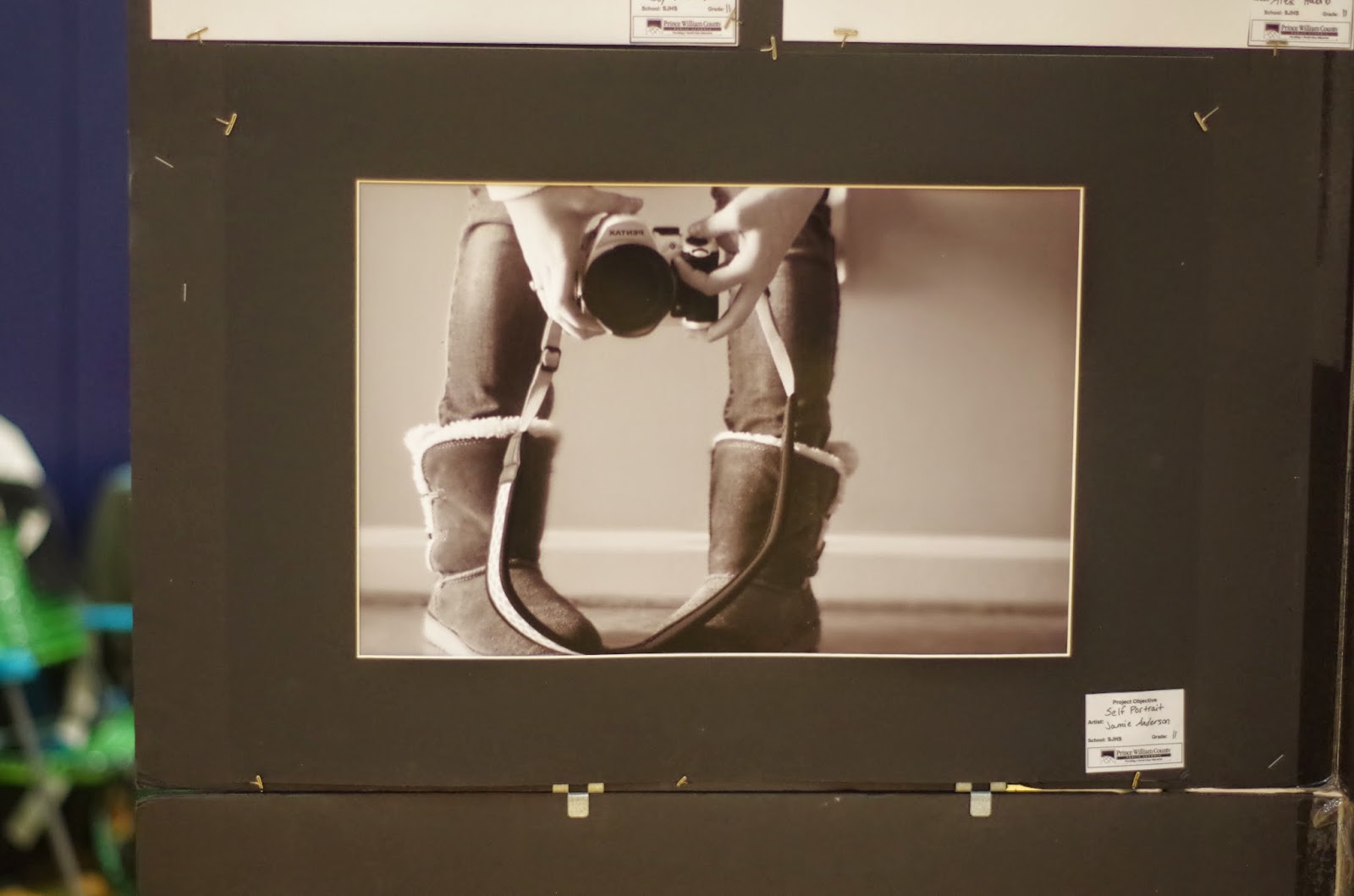 It's official!  Jaime did FABULOUS to the 3rd power!  I just realized that the other photo was of MY CAMERA (btw....I am not a big lover of "things" but I do love that camera)!  And now the pretty girl was on display for all to see.  Okay, well everyone who's child had a project in the show, but it was a big show, so that equaled a right good many. 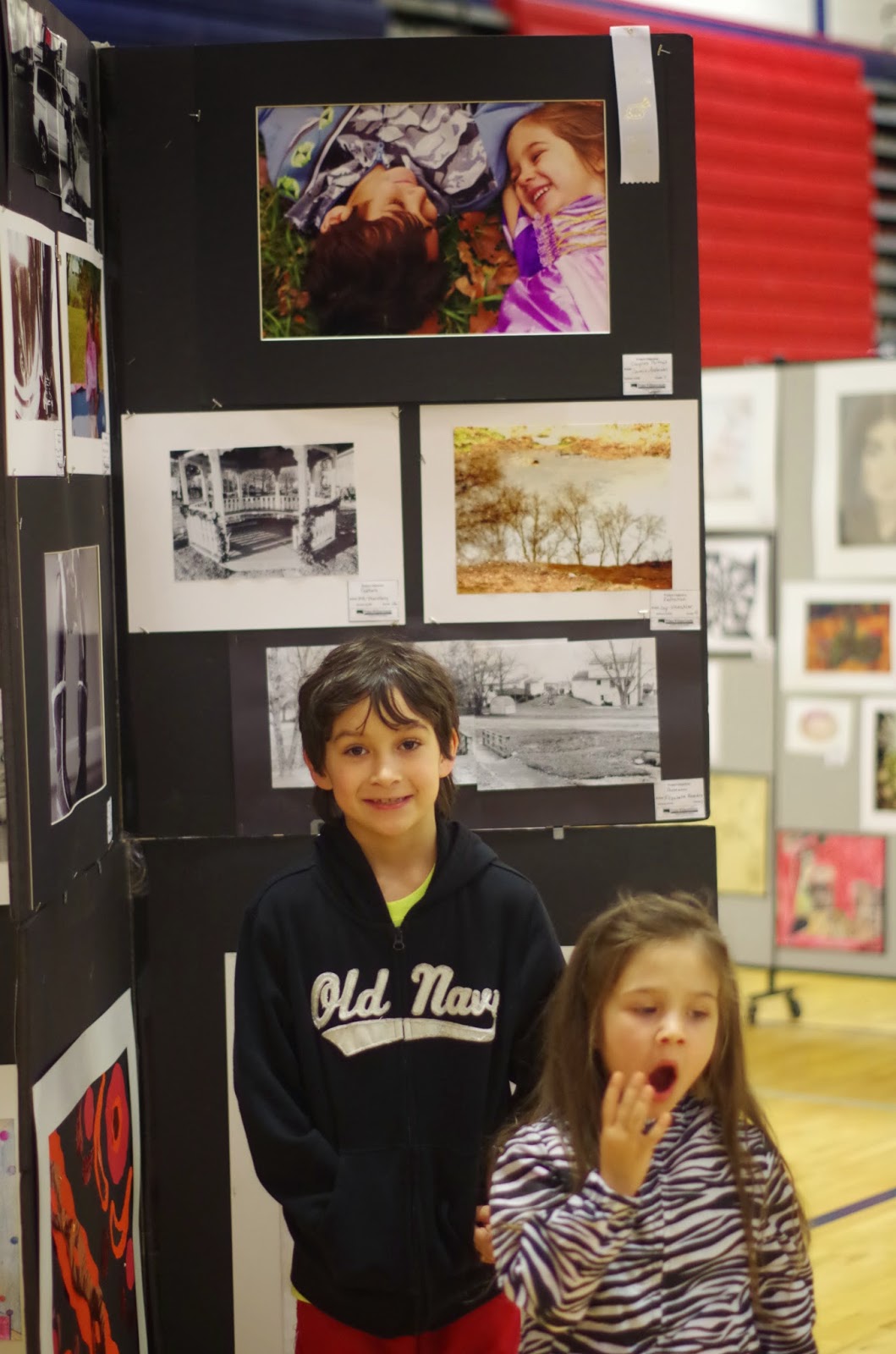 I am not even gonna mention the Diva Zebra, except to say that she had just woken up from a very short nap.  And that she's proud of her sister for taking a really good picture of her and her best friend.

(April Fool's Prank will be inserted here soon)  It's good - just need to upload the video to youtube - so come back soon and check it out!

I have been using my treadmill every morning for three days straight!

So why am I not bikini ready?!?!?!?!  No, I mentally know that it takes more time than that to tone/lose inches, but it sure would be nice to just lose a couple pounds.  You know, a little motivation boost.  he he  I am very proud of myself and stop all negative (you can't keep this up) thoughts when I have them.  I am proud and thankful each day.  And when I do it again tomorrow - I will be just as proud.  Hey I think I am onto something - New Year's Resolutions that start on April Fool's Day!  Oh my goodness!  Forget it - that was negative too - by having an excuse to quit.  Anywho!  Have a blessed and thank-filled day!